It’s brunch-o-clock somewhere and we’re serving up a tasty selection of eggcellent options for small and toy-sized pups.

Now your pup and their fur friends can brunch with you and cheers to playtime with this mouthwatering spread of mini Eggs Benedict, mini Chicken and Waffles, mini Bloody Mary, mini Croissant, and mini Avocado Toast!

It’s brunch-o-clock somewhere and we’re serving up a tasty selection of eggcellent options for small and toy-sized pups.

Now your pup and their fur friends can brunch with you and cheers to playtime with this mouthwatering spread of mini Eggs Benedict, mini Chicken and Waffles, mini Bloody Mary, mini Croissant, and mini Avocado Toast!

Buddy Mary: Cheers to a tasty meal with this play on a classic Bloody Mary! Featuring a crunchy center, crinkly lime, and a bungee shrimp, this toy is full of surprises and will quickly become your pup’s go-to beverage.

Pup’s Pastry: Baked to a pawfect golden brown, this savory pastry features a fun crinkly base and a squeaker in the center for hours of playtime fun.

Benny’s Benedict: This decadent toy is just what your pup ordered! They will love the squeaky egg and bun along with the crinkly ham in the middle. Plus, the detachable egg feature will have them hungry for more!

Chicken and Woofles: This hearty meal is the pawfect cure for a hangry pup. The golden waffle features a squeaker and crinkly bottom, while the crispy fried chicken includes its own squeaker and rope feature for fun games of tug-of-war.

Avo-doggo Toast: Health-conscious pups will love nomming on this tasty toy! After a quick yoga session mastering the art of downward dog, your pup can enjoy the crinkles in the avocado slices and the big squeaker in the toast to refuel their bodies so they can get back to playtime.

"Doggy Be" is not a pet shop but animal lovers importing trendy, super comfy and eco-friendly pet accessories from the USA, in order to use the majority of the proceeds to help with food purchase and Veterinary bills of non-profitable organization in the UAE who save and look after abandon animals.

“Doggy Be” started the distribution of the products in Dubai beginning of November 2014. Their products can be found as of today in 16 locations over Dubai which are supporting Animals Rescue Associations, and not selling animals.

So far, "Doggy Be" has been able on a regular basis to help the following non-profitable associations within the UAE: 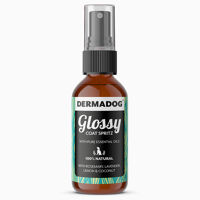 Let’s find the perfect meal plan for your pet!

Answer a few questions about your dog or cat to get started—don’t worry, this should only take a few minutes!
Get Started Now

Take advantage of our
Starter Kit and get a
FREE nutritional consultation.

Once purchased we will send a confirmation email. No physical tickets are required for this event. No refund or credit if no show or cancelled 48 hours before the event.